My Clients Have Spoken AGAIN! 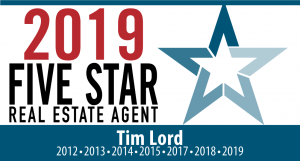 Tim had out of state clients who were looking for a house in the metropolitan area. They had found one that they had liked but had not made any decisions. They asked Tim if he would go and take pictures of the house and send them. Tim shot a video of the inside and outside of the house and sent it to them. Because of the video, it saved them another trip to Indianapolis from Connecticut and they bought the house.

Over a 6 month period, Tim sold a short sale home never meeting the owner. He talked to her about 3 times on the phone. Her preference for communications was text messages. There were dozens and dozens and dozens. Tim is a patience person.

Thanks Tim for making it easy. Well have a beer at Los Rancheros some time in the future.
4/28/2018    Jamie Jones

Mr. Tim Lord, Indianapolis, has been very patient in considering my needs and providing several options for me. He has followed up with information about inspections and needed repairs on the property under consideration. 3/2/2016 Dr. Maass

Yay! You rock Tim! Thanks again for all your help! You have been amazing! 2/9/2015 Aleisa Graff

Tim is very easy to work with and very accommodating to scheduling showings, etc. without much notice. Enjoyed our relationship with him and plan to continue it. 11/14/2014 Peggy and Vince Flecker

Thanks for the time and advice Tim, That's why we always go to you. I know we're getting good advice from a good Realtor that does homework. 10/4/2013 Russ Wilkie

I REALLY appreciate how thorough you are as we navigate to closing. More agents should take your lead. 1/23/2013

You have been so thorough and easy to work with throughout this transaction. Thank you for your great professional style. 2/15/2013

We thank Tim for his excellent work and performing above and beyond our expectations. My wife and I were in the Indianapolis area to look for a home over the course of about one week. Since we had so little time to look for a home, we really didn't expect to find much. Despite our limited time, Tim made the very best of it and we purchased a beautiful home in Carmel. Tim picked us up from our hotel every morning that week. He walked us through different neighborhoods and together we visited homes which closely matched the specifications we had given him. We learned a lot about both the communities where we were considering buying a home as well as the home builders. It was clear from our time with Tim that he made careful note of what we were looking for in a new home. Furthermore, Tim is very detail oriented. As an example, Tim took the initiative to reinspect repairs we requested from the seller prior to purchasing our new home and spotted faulty work by the contractors. Thanks to Tim, these problems were fixed upon a second visit by the contractors that the seller had hired for the job. Tim's work did not end when we purchased the new home. There are too many extra services that Tim volunteered to provide to list in this short note. So here is just a sample: 1) he put us in contact with all the utilities companies, 2) prior to our arrival, Tim arranged to have contractors install a microwave after we purchased our new home, 3) Tim was present to inspect our car when it was delivered to our new home prior to our arrival. Let me just conclude by saying that buying a home turned out to be very pleasant, almost stress-free, experience. That's the very best someone can hope for when buying a home. Tim is the one we have to thank for making this happen. We unreservedly recommend him to future home buyers.

I just wanted to relay my appreciation to Tim Lord for selling both of my properties in such a short period of time. It was a real pleasure working with Tim. He kept on top of the entire process which made the selling process go smoothly. Be assured that if anyone mentions needing a hard working and conscientious agent, Tim's name will be on the top of my list for them. Thanks for all the hard work Tim. Gary Huffer

Selling our first home was not what we had anticipated. However, from listing to closing we were very pleased with Tim’s professionalism and knowledge of our area. Tim answered our numerous questions quickly and never failed to provide us with comments made by perspective buyers. Tim is truly a Realtor who is dedicated to his clients.
Greg and Dawn Semmler

Because of health problems, we had to move from our two story condo to a one story condo. With the help of Tim Lord, we were extremely lucky in quickly finding the perfect new home that came with the handicapped features that we needed; It was, however, Tim Lord’s superior professionalism and compassion during the negotiation and inspection process that made our purchase so special. His attention to details and follow up are over the top.

We were fortunate to have an offer on our two story condo just two weeks after Tim had completed our own personal website for our listing. Again, our realtor, Tim Lord, stepped up to the plate with skill, knowledge and professional experience to complete our second transaction without a hitch.

We consider ourselves lucky to be able to call ourselves clients of Tim Lord. We would not hesitate to recommend him to anyone who wanted the “best” realtor available.
Sheila and Gary Seleman

I consider myself to be very fortunate in having Tim Lord as my Realtor. He is very knowledgeable, courteous and prompt in his services. I would not hesitate in recommending him to anyone who wants to buy a home! Delicia Allen

Tim, you were a great help to me in Indianapolis when we were searching for investment properties there and you've been just as helpful now that we're in Bloomington. We're extremely grateful that you continue to work with us.

You're our most trusted real estate advisor from the start of negotiations to wrapping up the deal.

We truly cherish your expertise, energy and advice each and every time you get us to the closing table.

Thanks for all that you do.

We chose Tim after being highly recommended by some friends who had just used Tim for the selling of their home. Tim was very professional and knew a lot about the Pike Township area in where we were looking for. He was able to sell our home and also help us in choosing the next home for me & my husband. As a matter of fact our first showing was four days after being put on the market. He is very knowledgeable about the real estate market and this is a realtor that you can trust!
Jason & Mika Chambers

Tim, thank you for the excellent job you did in helping us find a home in Indiana. You were accessible, professional, and friendly throughout the entire process. You provided all the information we need, either on the spot or as quickly as possible. You were tireless in showing us so many homes in the short period we were available. You also did a wonderful job videotaping our house when we decided which one we wanted to purchase. You connected us to all the right people when we needed the inspection done and work completed on the house. You also gave us good advice. It wasn't easy buying a house in an area we didn't know at all, but you made the process so much easier. Thank you for all your help and diligence in the process. We are very happy with our house and we are very glad you were our agent.
Megan and Rich Callahan

Tim Lord is courteous and prompt in his service. His response to our questions as first time home buyers was complete and timely in every instance. He is a great resource for both the first time buyer and the seasoned home owner. We would gladly recommend him to anyone seeking to buy or sell a home.
Param and Eliza Sher

Tim Lord did an outstanding job for us when we were looking for a home. He worked long hours to find us homes to choose from and continued to work hard for us when we found the house that we were looking for. He made sure that we understood every process that was involved and was very diligent in defending our rights and made sure that we were being treated fairly through the entire home buying process. Being firsttime buyers, we couldn't be more grateful for all his hard work.
Ed & Alicia Adams